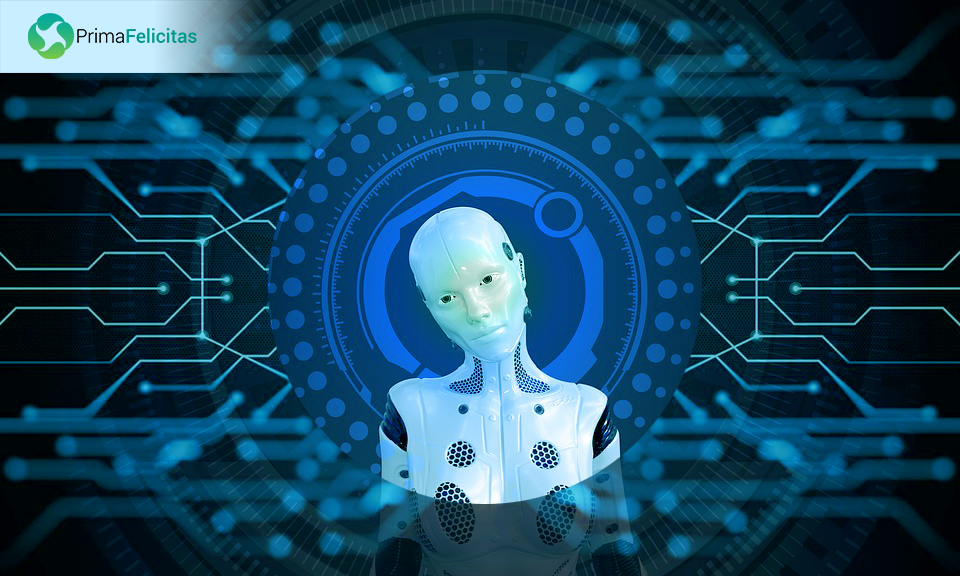 AI and Blockchain are among the key drivers of the innovation we witness today. By introducing radical shifts in our day to day lives, they are all set to fundamentally reshape the way we live, interact and work. Being the most disrupting technologies, they are expected to contribute trillions of dollars to the global economy.

The integration of emerging technologies could lay the path for a future which is nothing short of sci-fi, complete with autonomous cars and charming assistants. The advancement in this field could also automate and replace the need for third-party trust mechanisms that can disrupt critical industries.

With the arrival of new economy sharing and content platforms, the users will no longer have to trust the unreliable middlemen. The combination of cryptography, Smart Contracts, and Artificial Intelligence will create a platform for a more secure and efficient way to exchange goods, values, and services.

The Prospect of AI

John McCarthy and Marvin Minsky, who are considered as the fathers of Artificial Intelligence, define it as any task that is performed by a machine or a program that seems to require intelligence. The systems associated with AI are often found to exhibit behaviours connected with human intelligence such as learning, planning, reasoning, creativity, problem-solving and social intelligence.

The latest resurgence in the field of Artificial Intelligence is powered by the advance in machine learning, especially in the field of deep learning. Besides, the explosion in available data has made the training of machine learning algorithms more efficient. The development of other emerging technologies has also contributed to the creation of an environment that inculcates innovation with AI.

In spite of bringing exciting developments, such as delivery robots and self-driving cars, the rapid progression of Artificial Intelligence causes a series of concerns. From the creation of fake news with realistic but fake photographs and voice to other invasions on people’s privacy, there are quite a few trepidations. The cost of computing resources along with the high barriers of acquiring data and talent could also lead to the monopolization of AI power among the big players.

The Popularity of Blockchain Technology

In the most basic terms, Blockchain is a public ledger agreed on and shared by all the users in a distributed network. Blockchain technology offers a highly secure network with its prime feature of immutability, which makes it impossible to modify the information on-chain without the consensus of the network.

The current hype surrounding the cryptocurrency world is found to distract users from the true potential of Blockchain Technology. Putting aside all the hype, the technology powers a decentralized web future with a new server-less internet, where users can control their own data and identity.

Blockchain Technology is expected to disrupt and revolutionize all industries including healthcare with an improved method of tracking and securing data. With the promising future, Blockchain Technology will provide us with a better alternative for every industry platform that we know today.

The possibilities of AI integrated Blockchain

Despite all the benefits that the emerging technologies have to offer, they are not without demerits. While Blockchain suffers from shortcomings in scalability, efficiency, and security, AI has its share of concerns in privacy, explainability, and trustworthiness. The marriage of these two capable technologies will help them complement each other and revolutionize the upcoming digital generation.

With the integration, AI can contribute to the development of a machine learning system on the blockchain platform, bringing better scalability, security and more effective governance and personalization. Blockchain Technology, on the other hand, can contribute to privacy, explainability, and trustlessness to Artificial Intelligence.

The working of a Blockchain platform involves a large number of parameters and trade-offs between performance, decentralization, security and many such attributes. The integration of AI can help in easing off these decisions by optimizing and automating blockchain for better performance. Further, with all the data publicly on the blockchain, AI can play an important role in providing privacy and confidentiality to users.

AI for security and scalability

Blockchains are considered immutable and almost impossible to hack. However, the same cannot be said about the applications built on the platform as is evident from the case of DAO hack. With the incredible development of machine learning, a blockchain governed by AI will be able to detect the probability of an attack and invoke the appropriate defense to manage it.

Similarly, AI can also be used to make the blockchain system scalable and robust. For example, the platform can integrate intelligence to increase the rate of block creation when there is a spike in the transactions. This would help in the increase in the throughput of the system.

Today, our user information is collected by applications to personalize the content we access on the web. Enabling machine learning intelligence on Blockchain can help in providing privacy while personalising the content. The system will pull, the relevant content and display it to users instead of pushing it as in traditional centralized systems. It will perform all computations locally, eliminating the need for transferring data to an external source, maintaining the privacy of users.

Smart Contracts are central in managing transactions on Blockchain. However, they are currently not smart enough to resolve disputes. The advancement in machine learning makes AI capable of refereeing such complex situations. With the integration of AI on Blockchain, users will be able to resolve both off-chain and on-chain disputes without the interference of a third party.

A blockchain platform backed up by Artificial Intelligence will be able to perform automated arbitrations in a tamper-resistant and unbiased manner. The decisions taken will be data-driven, making it more justified and consistent.

Blockchain has the ability to drive coordination platforms and decentralized marketplaces for different components of AI, such as computing power, algorithm and data. This can foster the adoption and innovation of AI to an unprecedented level, making it more explainable and transparent.

Data is considered the new gold in today’s data-driven economy. Availability of massive amounts of data is one of the major driving force of AI systems. However, extraction of data for training models is a complicated affair, unless you are a big player, mainly due to the current privacy concerns.

Blockchain integration can encourage data sharing, with its inherent feature of accountability and transparency. The users can thus be aware of all the details of data like who accessed the data or when it was accessed. Blockchain helps to give the control of data to the user providing them more confidence for sharing it. The potential impact of this kind of data sharing will be tremendous.

Blockchain integration with AI can enable the sale of data with the help of smart contracts. This lays the platform for a secure and private data marketplace without middlemen. These marketplaces level the ground for all players, lowering the barriers of competition and fostering innovation.

Although machine learning has been successful in building autonomous systems, users face a reluctance in adopting them. This is because many of the decisions made by these systems are not explainable to human users. To ensure better adoptability, it is essential to build an immutable trail that tracks data flow in these complex systems.

Blockchain technology enables this by tracking decision making and data processing at every turn. This knowledge of a clear trail will help human users understand the whole process better.

Coordinating devices, like cell phones, IoT devices or swarm robotics, and making joint decisions, holds bright possibilities for AI in future. Application of these systems can range from coordinating robots on tactical missions to updating software for devices such as refrigerators. The integration of such platforms with Blockchain will improve security, protecting the systems from potential hacks.

Despite all the development and advancements taking place in the Blockchain and AI space, there is still a long road ahead of them. The advancements achieved by the technologies with respect to algorithms, protocols, computing power and data management are still insufficient to cope up with the complexities of the human world.

However, on the road to the future, the convergence of AI and Blockchain offers unlimited possibilities that can be realized with more research and development.