Home » Blockchain » How Blockchain Technology can Impact our Daily Lives? 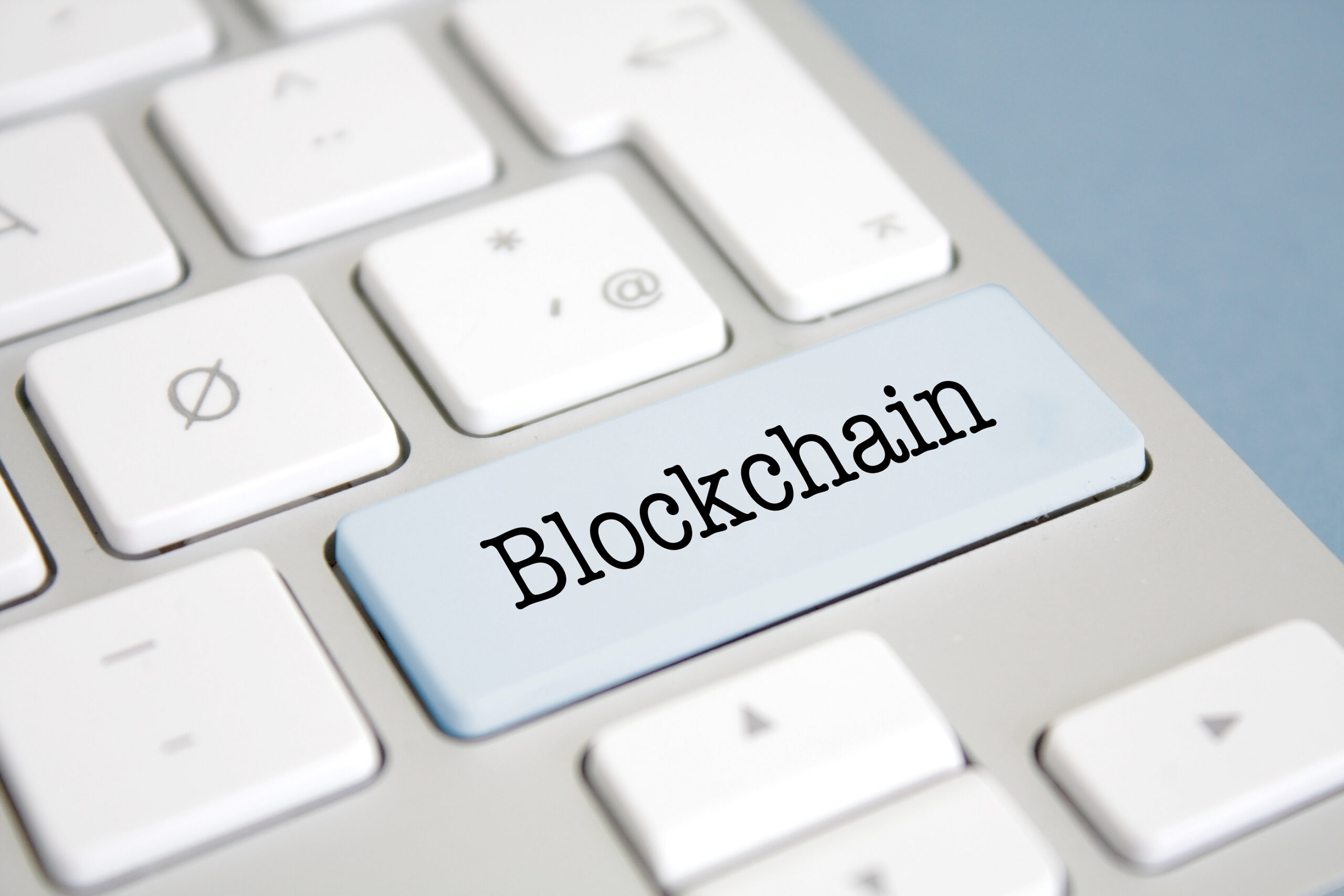 Blockchain is basically a digital ledger where all kinds of transactions between individuals and organizations are recorded sequentially in time-wrapped blocks, using cryptography. The cryptographic element ensures that the ledger data cannot be altered by any of the parties involved, making it immutable and unhackable. The ledger is maintained and operated simultaneously by various individuals, organizations and groups, making the system decentralized and not controlled by any single entity.

The blockchain offers a way for people unknown to one another to come together and record transactions and ownerships of value with the consensus of everyone concerned. The peer-to-peer authentication of all transactions by concerned individuals and groups (called miners) without relying on any third party or a central authority makes the system an independent platform of truth, trust, and transparency.

The concept of blockchain originated sometime around the year 2008 by an anonymous individual or a group of individuals under the Japanese-sounding pseudonym ‘Satoshi Nakamoto’. The original idea was to create a kind of peer-to-peer version of electronic cash or cryprocurrency, called ‘Bitcoin’.

The blockchain ledger system prevents this electronic cash being spent twice by the same person; it also prevents the cash being diverted into any wrong account. Overall, the dream was to create a secure but decentralized system of currency exchange, without recourse to any trusted third party (such as banks in conventional payment systems) to guarantee the payments.

Thus blockchain is a self-auditing network of information, which uses a network of computing nodes to document various transactions sequentially into ‘blocks’ across a common database. This database can be shared simultaneously among multiple parties, making it easily accessible and verifiable by all parties concerned.

However, the applications of blockchain technology now encompass all aspects of our everyday life, going far beyond mere cryptocurrencies. Some of these applications include public governance, secure voting systems, data storage and data management, supply chain auditing, stocks and commodities trading, cross-border payments and remittances, and all other kinds of peer-to-peer transactions.

Here are some of the significant applications of blockchain technology that could transform our day-to-day lives in the near future:

If you were to search on the internet on the genesis of cloud storage, you’d come across many an article (such as this one: When Did Cloud Computing Start? The History of the Cloud) that’d explain how and why cloud storage services are centralized, compelling the users to place the control of their digital assets with a single storage provider. The blockchain can make such storage decentralized. Storj is already beta-testing a blockchain-powered cloud storage which will eliminate centralized dependency while improving security. It also offers the primary users the facility of renting out, Airbnb-style, their excess storage capacity to other users.

Blockchain technology can enable everyone to acquire a unique and secure digital identity for all purposes, without having to reiterate it every now and then. Digital security in areas such as VoIP through the cloud are a massive problem at present; the lapses in cybersecurity are likely to cost the industry about $6 trillion annually by the year 2021. There are concerns that debtors can liquidate assets before having to reap the consequences of loans, and that converting their assets into blockchain money will stop bailiffs like moorcroft from being able to collect anything. Blockchain technology can track and manage digital identities securely and much more efficiently, eliminating the occurrence of frauds.

Blockchain technology can help large sections of people who have no bank accounts and cannot establish their financial identities, like those living in refugee camps in some troubled countries like Kenya. It can also help countries like India which aspires to go cashless, in spite of a large number of its people having no banking access. Blockchain technology can be used for hassles-free identity verification in these cases.

Security is currently the greatest barrier to conduct the electoral processes online. But, by using the blockchain technology a voter can check that the person’s vote has been successfully transmitted while maintaining complete anonymity. Blockchain was effectively used for the first time in Denmark in 2014 by the political organization, Liberal Alliance. Generally, the voter turnouts are still very low even in many advanced democracies. Blockchain-powered distributed digital voting can enfranchise many of those who are currently not into active voting processes.

Timestamp is one of the special features of blockchain-based transactions. Here each transaction is a time-wrapped piece of data (called a hash) validated by the entire network of blockchain system at a particular time. This essentially confirms the existence of the time-stamped piece of data, and makes it provable in a court of law. Until now, the proof of such transactions could be provided only by centralized notary services.

The blockchain technology makes the world of smart contracts a reality. These are blockchain based digitized contracts with programmable features, and are legally binding. Here the cryprocurrency network acts as the ‘3rd party executor’, instead of any trusted central authority, for the release of agreed funds upon meeting certain pre-determined conditions. Smart contracts will have far-reaching implications in matters concerning real estate, wills, property bequeathals etc. This will make the businesses more efficient, and the legal system more speedy and equitable.

Blockchain-based bitcoins could provide standard way of international transactions much faster and at much lower costs than they are done today through conventional banking channels. Bitcoins are perfectly designed to serve as the standard means of international payments or remittances. Currencies can be exchanged across the globe almost instantaneously and at a small fraction of the current cost, without any centralized or government control.

The financial activities and the financial institutions would stand to gain the most by the application of blockchain technology. It would speed up the settlement of financial transactions (involving stocks, bonds and other financial instruments) and cut down their cost tremendously. The back office stuff would be made much simpler and much more reliable. A lot of people working in the banks today are doing nothing but checking the work of other people, which would be unnecessary if blockchain technology is implemented.

Blockchain technology can help in tracking the foods from farm to shelf, and from the ocean to table. This will enable identification of the sources of food contamination and can ensure the quality and genuineness of the food supplies.

Blockchain technology can be used to record the ownership history including all sales, loans, donations and other kinds of transfers of individual digital artefacts (such as CDs and DVDs, music and movies, artworks, games and books). Blockchain could protect the creators as well as the consumers of such digital works, so that all get their equitable rights and values without the intervention of intermediaries.

Blockchain can be used to create universal records with a timestamp. These universal records virtually form a library of diverse databases from which rhe required data can be retrieved. ‘Patientory’ is one such vast library of data pertaining to patients and healthcare. It can be extremely useful for administering precision medicare. The proliferation of wearable devices, sensors and health applications add a constant flood of data to ‘Patientory’. Current healthcare systems are not well-designed to cope up with the explosion of the various and voluminous medical data being generated today.

The healthcare industry is currently plagued by a large number of data security breaches. Some prominent hospitals are known to have been taken hostage by some computer ransomware. The application of blockchain technology can give patients more control over sharing data concerning the clinical research pertaining to them, while maintaining the maximum levels of security and privacy.

Decentralization of the Web

The emergence of internet giants like Facebook and Google has made the web more centralized than it was originally intended. The blockchain technology can reverse that trend. A startup venture called Blackstack is releasing a blockchain-based software that will allow users to explore independently a parallel web universe with greater control over their data.

The users can still access the conventional websites by clicking the web addresses on the browser, but without creating individual accounts but by giving access to a profile fully under your control. This will usher in a whole new era of individually controlled internet browsing.