Home » Blockchain » Back to the Rollercoaster Rides: What Happens to Bitcoin? 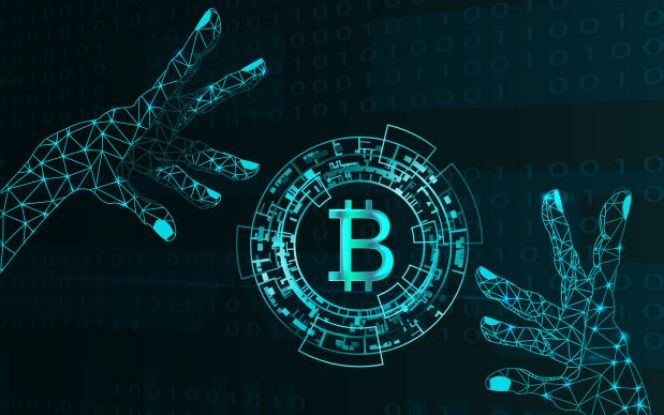 In case you didn’t notice, Bitcoin is back. Well, it never went away really, which is probably why it’s returned with such a vengeance. Many of the retail investors that were burned by the savage bear market of 2018 have had time to lick their wounds, and of course, the mysterious “institutional investor” appears to be finally making itself known.

Although the eyes of the world have been off Bitcoin development for much of the last year and a half, there has been no shortage of innovation occurring at both the fundamental and infrastructure level. This is making many people optimistic once again about the Bitcoin price and the asset’s future in general.

What’s new in the Bitcoin world?

Since the previous all-time high, various products have been launched that are tailored directly to the institutional investor. Fidelity Investments, a money management firm that has command of over $7.2 trillion in assets, has long been interested in Bitcoin. The firm’s crypto asset division has just launched an institutional-grade custody solution.

Likewise, the crypto community waits with bated breath for the Intercontinental Exchange’s foray into  space. They have introduced Bakkt, a crypto trading desk and one-stop-shop for both institutional and retail investors. These are not the only examples of such household names getting into Bitcoin either.

The fact that so many are making their moves to enter the space or have done so already could imply the perceived longevity of Bitcoin. Bakkt has been eyeing its launch for months now and is making absolutely sure that every regulation in the book is being followed to the letter. Those behind it wouldn’t be risking their reputations if there wasn’t considerable demand for such services.

Another massive clue that Bitcoin isn’t going away anytime soon is the fact that Microsoft has decided to build directly on the Bitcoin blockchain. The tech giant has recently announced the development of a digital identity solution that would drastically increase online security and remove the need to store vast quantities of sensitive data on centralized servers. The project is called ION and represents the first real non-monetary use of the Bitcoin network.

Just as exciting is the continued development of the Lightning Network. The micro-payments network is rapidly expanding and its capacity grows by the day. In fact, just recently BitWise opened up the largest single channel yet. They accompanied their Twitter announcement of the channel with the hashtag “#reckless?” since the network is still having kinks ironed out and the consensus is to not risk large amounts of value on it yet.

That said, the network appears to be functioning pretty well up to now. Earlier this year, the Lightning Torch successfully demonstrated its capabilities and also gave it a whole lot of publicity. Many of the most recognizable names from the cryptocurrency industry and even a former Miss Universe took a turn at making a Bitcoin payment via the network, demonstrating its efficacy at transferring value. However, it is still in its very early stages and it will be a long time before you see mainstream companies using it.

As we look forward, with the sheer amount of development occurring and massive names cosying up to Bitcoin, it seems unlikely that the digital asset is going away anytime soon. However, that hasn’t stopped an increase in the number of calls to enforce an outright ban on Bitcoin.

Nobel Prize-winning economist Joseph Stiglitz, Congressman Brad Sherman, and even a left-wing Germany political party have all called for Bitcoin to be banned in the last couple of months. Brad Sherman actually stated that he thought that the digital currency could one day pose a threat to the hegemony of the US. But, as of now, no serious action has been taken against Bitcoin or other cryptocurrencies by the leading nations.

If political elites in Iran, Russia, China, and South Korea come to the realization that Bitcoin is a potential disruptor of the current global power structure, then they would probably waste no time and back a united effort to ban Bitcoin. And, make no mistake, an entirely united, hugely costly international effort could really stand a chance of wiping Bitcoin off the planet.

However, Sherman is, for now, a lone voice in the US Congress.

Judging by current global attitudes towards crypto assets and Bitcoin, in particular, this “all-out-war” scenario seems unlikely. Most of the community wants to see a more fitting end to the Bitcoin story, believing that it can become more useful with upgrades such as the Lightning Network and ION. The users also look forward to seeing the market volatility decrease, and Bitcoin slowly becomes a valid medium of exchange.

Speeding this process towards stability might be some nation of the world announcing that it has been stockpiling Bitcoin. Bulgaria famously has a vast cache of Bitcoin that were seized from a cybercriminal network a few years ago. If it emerges that not one but two nations have a hoard of coins, a bidding war could ensue and FOMO on the national level would likely result in Saifedean Ammous’s vision of Bitcoin’s future, as outlined in his book, The Bitcoin Standard. A single Bitcoin would be worth tens of millions of dollars and a myriad of services would be built on top of the Bitcoin blockchain – thus forming the basis of a new digital economy.

Anyway, these are only speculations at this point, and there might still be a lot of scenarios for how Bitcoin will evolve. Whether it will become a new standard for the global economy remains to be seen.

Mary Ann Callahan is a journalist at Cex.io and an expert on Bitcoin-related topics. She works on articles related to blockchain security, bitcoin purchase guides or bitcoin regulations in different countries.