Home » Blockchain » Will Blockchain address the existing issues of KYC? 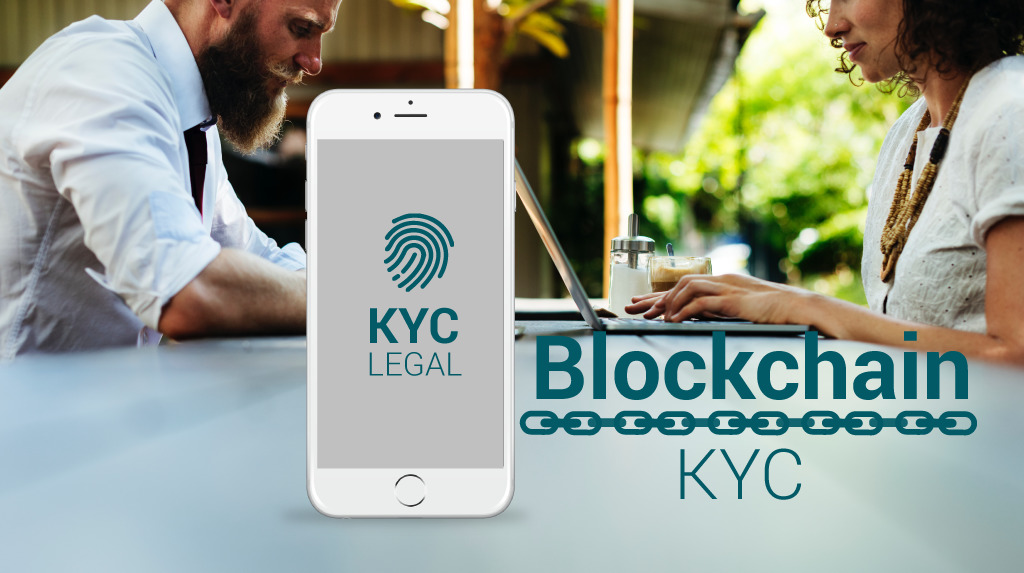 Will Blockchain address the existing issues of KYC?

At a time when digital innovation has managed to percolate into every sphere of our life, security has grown as a major source of concern. From terrorism to money laundering and data leak, security is being compromised at different levels.

The policy of KYC (Know Your Customer) was introduced as a measure to establish identity and control financial funding for terrorism, money laundering and other fraudulent activities. Establishing the identity of such a massive banking population is an enormous task requiring great effort, resources and time.

The KYC policy was introduced in the aftermath of the 9/11 terrorist attack that shook the world. Its importance has increased following the repeated incidents of global terrorism and the growing concern of financial frauds and laundering activities.

Although Blockchain technology is often considered in association with cryptocurrency, the potential of technology lies far beyond the limited scope of virtual currency. It has the capability to address and overcome a number of problems we encounter in the numerous realms of technology.

In this blog, we intend to analyse the use of blockchain technology for simplifying KYC, its efficiency and scope. But, before getting in deep with Blockchain, let’s have a look at KYC, the need for such a framework and the challenges it present.

Managing identity in the financial world has become a prerequisite today, what with the alarming increase in money frauds. While proving identity is easy with the help of documents like driver’s license, collection, validation and accounting of this information from the vast banking population proves for a huge challenge.

The procedures associated with verifying identity also leads to high wait rate for people who want to newly open a bank account and so on.

KYC is a policy framework introduced by the central banking system to prevent issues such as identity theft, money laundering, terrorist funding, identity fraud and other such fraudulent activities. Under the KYC norms, mandatory identity proofs and address proofs are essential and verified before conducting banking activities such as opening of an account.

The framework puts strict regulations in place to prevent misuse and ensure security such as internal control systems and intensive evaluation of persons before granting them money. Also, intense monitoring of all transactions are conducted for early detection and capture of fraudulent transactions.

The Need for KYC

As mentioned before, KYC was introduced mainly for Combating Finance of Terrorism and Anti-Money Laundering. In addition to that they also bring about the following benefits.

The Challenges in KYC

KYC brings about a sense of order and security to the financial sector. The ideology behind the framework promises to implement a flawless system that is secure. However implementation of KYC poses certain challenges.

Regulations and rules get changed in between adding burden to the implementation process. KYC requires customers to furnish their banking entities and people with more than one account needs to do it separately making it a rather irksome process.

Another major challenge of KYC is the cost of implementation. The hassle of KYC has increased the costs of banking sector by 18% that is expected to rise again if the condition continues in the present way.

Blockchain is an immutable distributed ledger that is shared on a public network. Participants in the network can interact with the blockchain with the help of a cryptographic key combination.

Introducing Blockchain in the KYC process has been met with a mixed response, with many voicing the concerns of whether blockchain is capable enough to address the issues of KYC. However, with the robustness of a decentralised system and immutable features, Blockchain is sure to improve KYC as evident from the interest of technology giants such as IBM in the project.

Although the Blockchain in KYC is often associated with the banking sector, the scope of the application is not limited to banks alone. Blockchain KYC has a wide range of application, including in ICO launches, to verify the identity of buyers. Establishing identity has become one of the most important part of ensuring security.

Hence KYC applications have percolated into almost all sectors such as telecommunications (for buying a SIM or broad band), booking airline tickets and a lot more.

The process of KYC verification with blockchain technology can be explained with the help of the above diagram. The customer shares his/her identification documents to KYC Blockchain application regulators which are encoded with a unique id and digital signature before being uploaded to the Blockchain. The documents are available in the blockchain for verification by the bank.

This data is accessed and verified by other businesses or banks, if authorised by the customer.

One of the prime objectives of introducing Blockchain Technology in KYC is to reduce fraud and money laundering. An Anti-Money Laundering (AML) system powered by blockchain technology can leverage the decentralized, immutable and cryptographically secure nature, inherent in the technology to identify and prevent suspicious activity.

With the blockchain technology, the financial institutions involved in the process are added at the nodes and the smart contracts along with the network directory help record the transactions on the blockchain. Since the information are stored on the blockchain, they can be easily made available to each nodes and suspicious activity detected and highlighted to all nodes.

Blockchain KYC has the potential to improve the procedures of AML and KYC. However, it is not without challenges. Some of the challenges encountered by Blockchain KYC are as follows: –

The corporates do not want all the banks or people to see their data or documentation. Also, they prefer the option to be forgotten, once the association with a particular bank is over. As the Blockchain is immutable, this will be difficult to realise.

Standardisation of the processes

Standardisation of KYC domain in the same jurisdiction is simple. However, cross jurisdictional standardisation with different national and regional regulators increases the efficiency of blockchain but is challenging to accomplish.

If a bank conducts KYC check and verification on a customer and another bank uses the data, there remains a confusion regarding who should be held accountable in the event of a fraudulent transaction. Deciding on the details of reverification is challenging.

Creation of a single identity blockchain or global KYC blockchain leaves it open as a target for cybercrimes.

KYC Compliance systems based on Blockchain like KYC-Chain have managed to create waves in the industry today. In addition to this, big projects such as that of IBM are in the development phase and are already offering a positive vibe. Blockchain KYC shows a lot of promise for a banking world that stands better in security and efficiency.

Would you like to know more about our blockchain services?

We help organizations in blockchain consulting, blockchain POC development, ICO Platform development and building robust decentralized applications . If you have any questions, please write to us at hello@primafelicitas.com